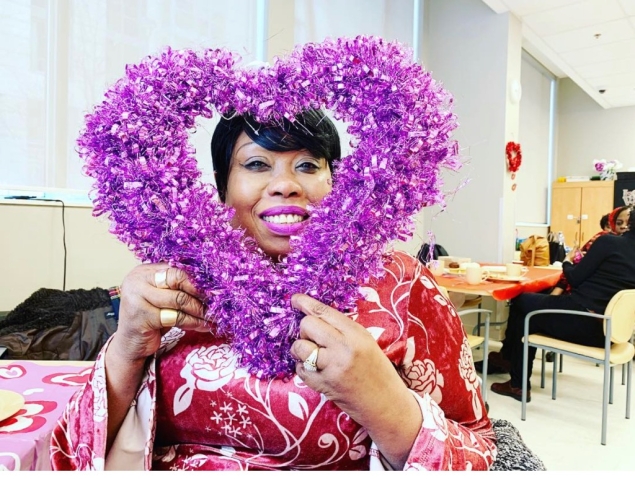 “This is before I came to Canada. I was part of the ISC [ICW International Steering Committee] for Central, French Speaking Africa (Rwanda, Congo and Burundi) they were called Les Pays des Grand Lacs. My role in the community in Rwanda was to break silences against women and violence during the genocide in 1994 where more than 250,000 women were raped and contracted HIV. Most of these women have survived in silence. Many of the women and girls contracted HIV because of the machetes used on one women where the same used on the others. Women were tortured and had arms, legs and breasts cut off with machetes. There were others who were violated with truncheons leaving them, resulting in infections in the womb, leaving them sick and unable to have children and without a family. I am a survivor of this period. I connected with ICW in 2001 to advocate for these women. I am a dynamic storyteller and share our collective resilience on mental health related to sexual violence. HIV, stigma and discrimination, poverty and disability were the result from the genocide for many women. My vision is the break the silence of stigma against ALL women and girls living with HIV who don’t have a voice to be heard and create solidarity from one another. To care for each other, empower each other and at the same time loving positive women is the key to our collective power.

In 2006, I moved to Canada. It was a hard transition as I was disconnected from all my sisters living with HIV. In Africa, ICW is strong and powerful and is the lifeline for many of us women living with HIV. I am so happy that ICW-NA is getting stronger so other women in North America can join in the global sisterhood and we can break the silence together.”

Your gift will help ICW continue its important work supporting and empowering women and girls living with HIV around the world.