Why ICW is Important to Me

Why ICW is Important to Me 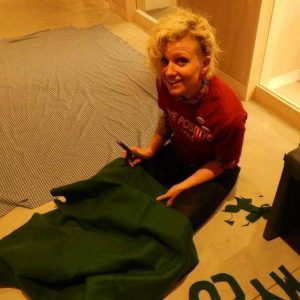 I joined ICW in 2009. Prior to that time, I had been primarily active in the HIV movement in Canada. I was engaged in direct action through AIDS ACTION NOW!, and working with Positive Youth Outreach (PYO) who were housed in the AIDS Committee of Toronto. My friend and mentor, Angel Parks was a long time ICW member. She would tell me about these newsletters that she would get and all the amazing things that were happening around the world done by women living with HIV. That’s how I found out about ICW and was very interested.

Angel told me about an advertisement that ICW’s North American region was having an election for their Young Women’s International Steering Committee Representative. I didn’t know much about ICW at that time but I send in my bio and ended up being elected. It was exciting. Before joining ICW, I had not really had not much exposure to large groups of women living with HIV. In our PYO drop-in, there were only about three young women who were attend and at the local women’s coffee night there were only about ten to fifteen older women who I would socialize with one a month.

I met two powerhouses in the region when I was elected – Louise Binder and Berri Hull – they were both veterans in women’s HIV advocacy. For the next few years I would work closely with both these women to help organize and build the ICW-NA structure. We had so many meetings and long telephone calls trying to figure out how to get charitable status in the US — our 501c3. It was not easy work with our limited resources. I think that the original documents have the three of our signatures. In 2012, Louise moved on to other work and Deloris Dockery was elected. She was wonderful and became the backbone of ICW-NA for the next four or five years. I remember when ICW-NA hired its first coordinator, Karen [what is her last name] and actually got a little bit of money to do any programing 2014. While its still a work in progress, I am really excited that ICW-NA is continuing to grow and share the issues of women living with HIV in global spaces.

Being linked to ICW was life-changing for me. I have met thousands of women who are also living with HIV from so many different places and cultures and backgrounds. I’ve seen and heard stories that have broken my heart while at the same time giving me strength. I’ve met presidents, UN officials, movie stars and artists. I have marched in protests with a group of over 200 women living with HIV strong and sat beside one woman in a court room telling her that we were behind her. I credit this to being connected to the sisterhood of ICW. While ICW is in its infancy in North America structurally ICW members in the region were part of ICW’s founding in 1992. It’s so powerful how you can go anywhere in the world and meet other women that also identify as ICW – its bigger than you see. And no matter what happens in our family, I am so very grateful to know that ICW’s there.

Thank you to all my ICW sisters past and present for the important contributions that you have done over the last 28 years to better the world not only for women, but everyone living with HIV.”

Your gift will help ICW continue its important work supporting and empowering women and girls living with HIV around the world.